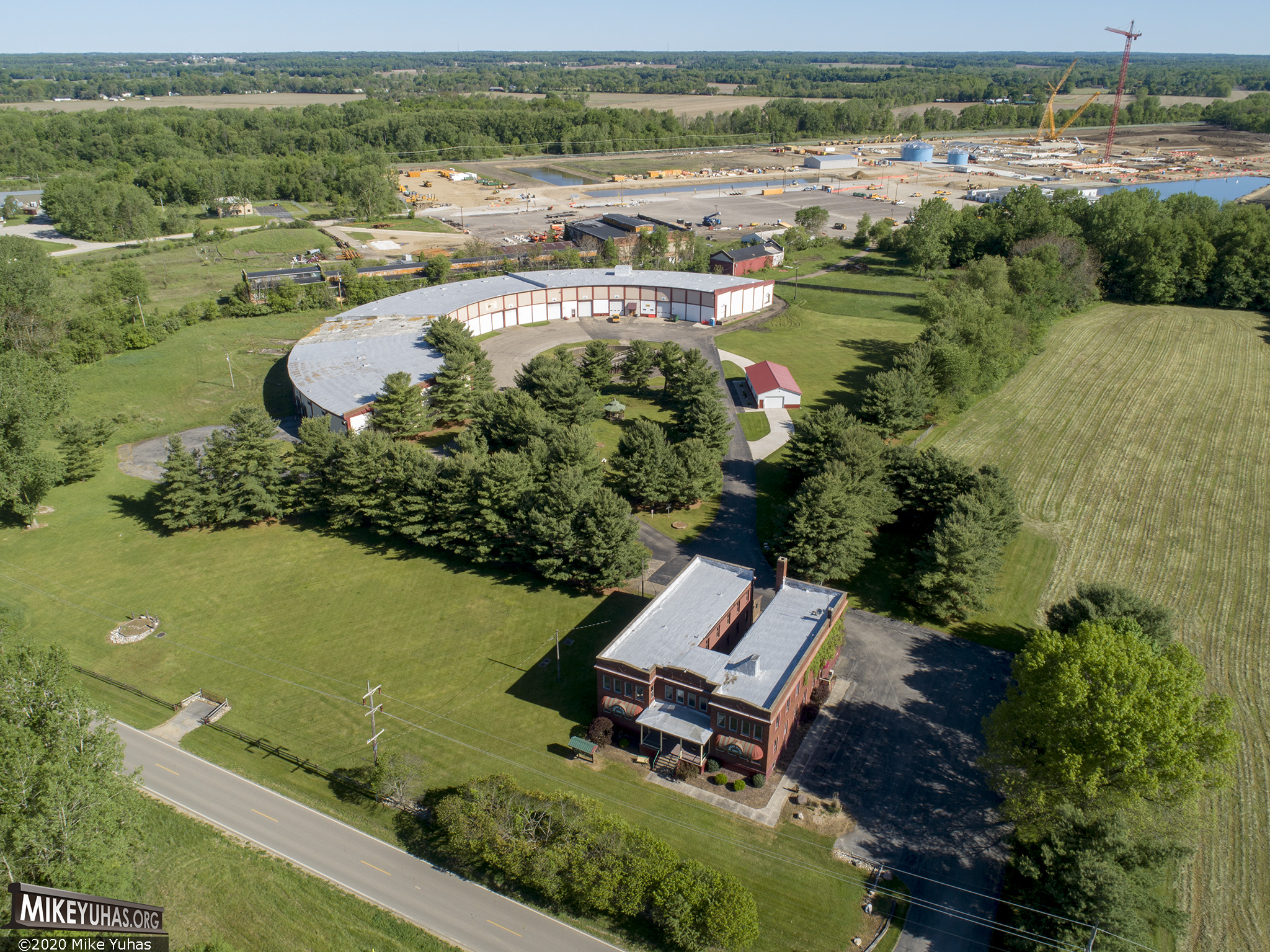 When the New York Central closed its Michigan yard and shops at Niles in favor of a new facility in Elkhart, Indiana, much of the Niles infrastructure was abandoned. Some of the buildings have found new non-railroad use, such as the roundhouse, which now houses the operations of a business manufacturing hoses and couplings. The well-maintained former YMCA, at lower right, is now the hose company's office building.

The former locomotive shop, immediately behind the roundhouse, apparently hasn't seen much constructive use since it serviced its last diesel in 1959.

A natural gas-fired power plant is under construction on the site of the former hump yard in the background. When complete in 2022, its owner, Indeck, expects it to generate 1,000 megawatts of electricity.